It's only a creepy ghost story! 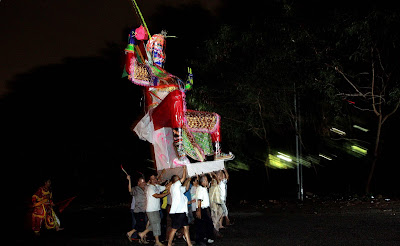 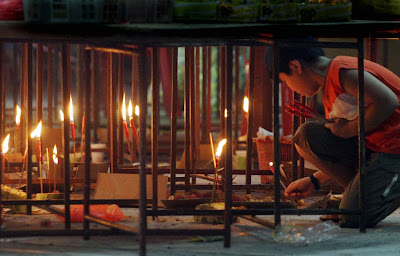 Kathy posted the following on her Facebook: "Nice cool morning ... but there was something (or someone) at the far right corner of the cemetery".

Several friends responded to the post and wanted to know more. Kathy, who lives in an apartment which overlooks a Muslim burial ground, offered details: "Caught a glimpse of movement when I opened the balcony door just now. Didn't wait to see more. It was just after 5am, I couldn't for the life of me imagine anyone being at the cemetery at such a time."

More comments followed. They mainly expressed fear, curiosity and caution. These reactions are consistent with the findings of those who study the phenomenon of fear. Admit it! Evil and horror are fascinating! The continued popularity of the horror genre -- both in literature and the movie industry -- bears testimony to this view.

But that will not make former Prime Minister Tun Dr Mahathir Mohamad happy. He expressed his dismay recently at the proliferation of horror movies on local television. Malaysia is trying to create a scientific culture and such movies, says Mahathir, only promote belief in mythical beings and would be counterproductive. "We, especially Muslims, should know that only Allah has the power over everything."

One would expect a man of science to offer that argument. But for many of us the fascination with fear is connected with a primal urge to understand the unknown. At night, danger lurks everywhere and there are mysterious lights in the sky and things that go bump in the night. Scary! Just so you know, I sleep with the light on.

Few can resist the lure of horror which dates back to ancient times. Events, forces or powers that cannot be explained by the laws of science have touched millions of lives in every culture. Stories about ghostly churchyards and cemeteries, haunted homes and restless spirits that have come back to haunt the living are the very stuff of myths (and literature) in all societies, both traditional and modern.

Frank Wilhelm, professor of psychology at the University of Basel, attempts an explanation: "Tension and excitement are often seen by people as positive, and in this context we talk of the 'suspense effect'. Besides this tension people experience when they come into contact with horror stories, however, there is another factor at work: the fear that is kindled in us by coming face to face with the supernatural. Notwithstanding that, human beings show an affinity with the "spirit world."  The first encounters people have with ‘spirits’ occur in their dreams, for instance when they dream of someone who has died. As human beings, we process knowledge and experiences on a metaphorical basis in our dreams. This is a culturally independent process. Furthermore, it’s known that if people believe a curse has been placed upon them this can result in major physical consequences ranging all the way through to heart failure and death."

I'll bet you that Kathy has more spooky tales to tell. You can't stop people saying what they think.

The pictures above were taken in Shah Alam, Selangor during the 'hungry ghost' festival in August this year. Buddhists and Taoists celebrate it on the 15th night of the seventh lunar month. Devotees burn bundles of joss stick and paper hell money as well as food to appease and stop dead spirits from entering their homes and wreaking vengeance on those who had betrayed them. Photos courtesy of NST Photo Library.