Not so tacky trash at Pasar Karat 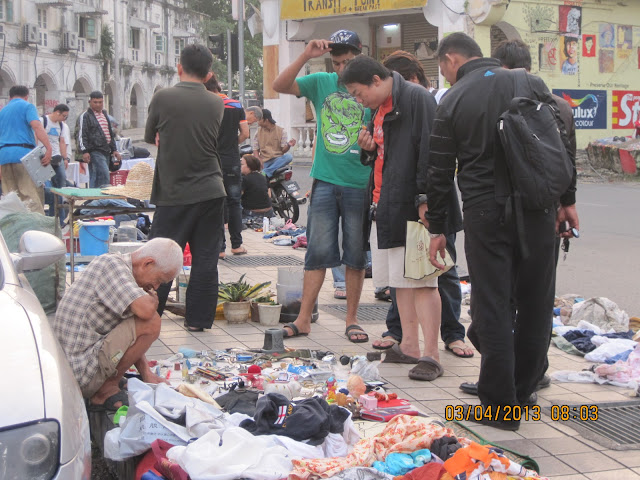 I will not reveal the location of Pasar Karat -- the market for tacky and not-so-tacky trash. Until this morning I wasn't aware of its existence. Many people know about it but the street vendors don't want any publicity. I promised these hard-working individuals -- both locals and foreigners -- that I would not make trouble for them. They readily admit that they are unlicensed traders. Kuala Lumpur City Hall has denied them business permits despite repeated pleas. But the mart has been around for nearly 50 years, according to some old-timers, and 35 to others. Meanwhile, real bargain hunters join the throng in narrow alleys and pavements regularly. Somehow they are able to separate the worthless items from the valuable ones. The less discerning consumers visit the bustling bazaar to get cheap things. As I discovered during this morning's walkabout, there is something for everyone here. Daily trading begins at 5.30am and ends before 10am when entrepreneurs in the area start their commercial activities.