The clock is ticking ... 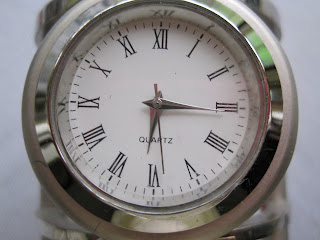 When my eldest brother was in his forties some 25 years ago he threw the following question to his younger siblings: "how do you live your life when you are very old?"
He was referring to people in the above 70 category.
My brother had some issues about growing old at the time and was questioning his own ability to age gracefully.
Naturally, none of us knew the answer to the question but it did stick in my mind for a while.
The announcement of Tomoji Tanabe's death who was named as the world's oldest man in June 2007 at age 111 took my mind back to the question.
Tanabe was 113 when he died in his sleep at his home in southern Japan on Friday (June 19, 2009).
A statement from a city official in Miyakonojo on Japan's southern island of Kyushu revealed that Tanabe, who was born on Sept 18, 1895, had eight children — five sons and three daughters.
He lived with his fifth son and daughter-in-law.
He also had 25 grandchildren, 53 great-grandchildren and six great-great-grandchildren.
City mayor Makoto Nagamine said Tanabe "cheered many citizens".
I have my own questions about the elderly now.
* What do they think in the morning, afternoon, evening and just before going to bed?
* Do they have more regrets or wonderful memories?
* What is their definition of a full life?
* How do they feel when all their peers have passed on?
* How do they keep themselves busy?
* Do they receive only pitying looks from people or is the interaction genuine?
* How do they relate to the younger generation?
* Do their children, grandchildren and great grandchildren visit them often or if they are single do they keep in touch with their friends (assuming that some of them are still living)?
My parents lived long enough to see their nine children grow up and develop their own careers but I never got the chance to ask them these questions.
My father passed away when he was 76 and my mother at 74.
It was quite clear to us that they wanted to see more of their children as they grew older.
These questions demand another round of gloomy introspection.
NOTE: The oldest man is now World War I veteran Henry Allingham

Anonymous said…
I have two approaches with regard to my own mortality:
1) I live each day like there is no tomorrow, because there may really be no tomorrow.
2) I don't see myself as growing older (though inevitable), but rather as staying young (in terms of attitude and mindset).

The first approach means that each new day is a bonus for me. Whether i live to be 50, 60 or 70, it is not going to be about fearing the coming end of life but having the confidence in knowing that one has lived one's life to the fullest and one is ready to go ("be called home" in Christian lingo)anytime.

The second approach is how one stays current and relevant in a fast-changing world. It's about choosing to not be left behind and then feeling lost. One has to face the fact that we are increasingly living in a world where age and gender differences are getting fuzzier, where one becomes less restricted by sex and seniority in terms of being able to get things done or not.